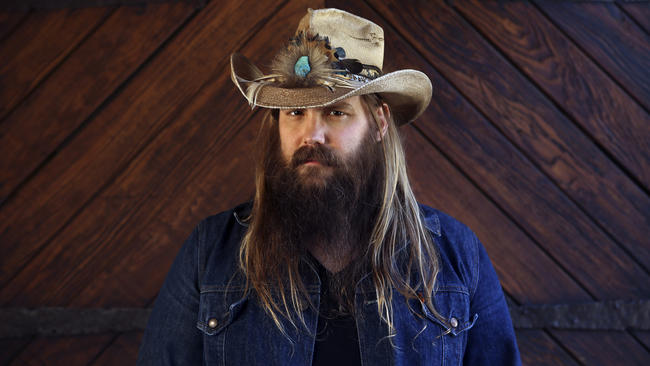 Christopher Alvin “Chris” Stapleton (born April 15, 1978) is an American country and bluegrass musician signed to Universal Music Group Nashville. He is an established songwriter with six number one songs including the five-week number one “Never Wanted Nothing More” recorded by Kenny Chesney, “Love’s Gonna Make It Alright” recorded by George Strait and “Come Back Song” recorded by Darius Rucker. As a songwriter, over 150 of Stapleton’s songs have appeared on albums by such artists as Adele, Luke Bryan, Tim McGraw, Brad Paisley and Dierks Bentley. He has co-written with notable artists like Vince Gill, Peter Frampton and Sheryl Crow.

In 2015, Stapleton released his debut album Traveller. It peaked at number one on the Billboard 200. Stapleton won the 2015 Country Music Association Award for Best Male Vocalist, New Artist of the Year, and Album of the Year for Traveller. He received four Grammy Award nominations for the 2016 ceremony, including Album of the Year.

Stapleton was born in Lexington, Kentucky. His mother worked at the local health department and his father was a coal miner. He comes from a family of coal miners. He has an older brother and younger sister.

Stapleton grew up in the small town of Staffordsville, Kentucky, which is located between Paintsville and Paintsville Lake, Kentucky. He graduated from Johnson Central High School and attended Vanderbilt University where he studied engineering, but stopped after a year.